Hey! I don’t just work on videogames! I still consider it a hobby! I love the creative process around planning a game concept and I still enjoy learning new stuff, especially if it somehow improve my Level Design skills and knowledge. This is why I keep trying new game editing tools or joining Game Jams in my spare time.
These are some of the things I’ve done in the past years that are not strictly related to my professional career.

I’ve been joining Game Jams since 2017, once I learned the basic for Unity and Playmaker. Since then, I’ve created a bunch of games when I had the chance. Some are terrible, as it usually happens in Game Jams… but some others are worth displaying publicly because the idea behind it had some potential. These are the ones that I find interesting enough to mention and link. 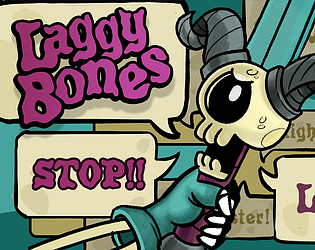 It plays really similar to any other FPS. Promise. You can even use the same commands you surely know already… but they will feel a bit… “laggy”. 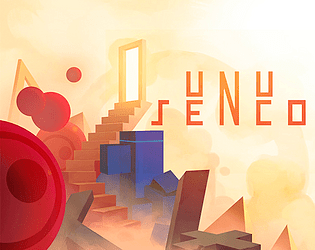 “Unu Senco” is a pretentious attempt of being revolutionary with a “sense” system (Unu Senco means ‘One Sense’ in Esperanto language. Ugh.)

Toggle between your sight, tact, hearing and smell to unravel hidden riddles while exploring beautiful abstract environments. The game was not completed and it’s pretty buggy, but it was a great challenge nonetheless. 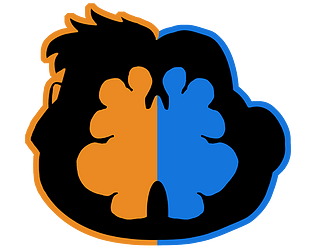 Your brain is working hard trying to figure out what’s its opinion about countless daily stimuli.

Sometimes it has a very clear opinion, but it may change that opinion right afterwards. It’s hard to work in one of the brain sides!

You can play “Brainsides” directly on your browser!

Blocktober happens every years in October and is a wonderful chance to make the gaming community aware of the hard work that Level Designers do. In 2018 I wanted to join the challenge thrown by Michael Barclay to the Level Design community and created a bunch of quick blockouts in less than 5 hours each. I had a blast making them, but it was also a lot of effort. Watch the videos and you’ll understand what I’m talking about!

One of the stupidest ideas I’ve ever had as a developer was: “Can I make a whole FPS campaign using the most infamous and frustrating game editor out there?”. It started as a personal challenge but at some point it became a matter of pride. I didn’t enjoy this process at all, but hey! In the end I made a 30 minutes game named “Regulin Evil” and I recorded the whole process (Unfortunately is in Spanish). Please, don’t watch it.

I became quite addicted to Game Studio Garage when Nintendo released this software. What I liked the most is that this ‘game’ forced you to focus on a simple and functional prototype rather than working too hard on aspects that usually frustrate or bore designers trying to prove a concept, such as creating an attractive art style, a polished progression system or answering the question of ‘how many levels are enough levels’.
I finished two games, ROCKET MATCH and SPACE BUGABOO and they are available for you to try!

This is a collection of my Steam Workshop stuff. Not much in there, mostly CS:GO maps. Enjoy!